Sometimes, a chance encounter with a stranger can change your life.

Christy was a member of the Serving Cup Board of Directors during the design and creation of Green Level Homes (GLH). In fact, upon its completion, Christy knew GLH was just the ticket for her to gain independence and was selected to move in when it opened its doors in 2010.

For much of Christy’s life, art has been one of her favorite pastimes. She used to hook rugs and made many that she gave away to friends and family. A Stephen Minister suggested to Christy that because Christy likes to draw, maybe art classes would help her relieve stress and manage difficult situations. It worked. Art helps Christy relax and has provided her the opportunity to meet new people. Christy’s art teacher noticed Christy’s skill and sense of design and even helped Christy realize that she can paint with either hand. Art soon became an even bigger part of Christy’s life.

A few years later, just by chance after finishing up her shift at IHOP, Christy was sitting at the bus stop sketching in her sketchbook when a man who was also waiting for the bus commented that he really liked her drawings. On the spot, he gave her $10 and encouraged her to continue drawing. Christy asked her art teacher, “What if I made art into a business?” Shortly afterwards, Christy created, “I Paint for You’.

As a part of her new business, Christy especially enjoys using acrylics to paint butterflies, sunsets, and starfish. She also incorporates motivational expressions into some of her paintings. For example: ‘You can do more than you think you can’ and ‘Don’t let people tell you what you can’t do’. You can find Christy’s work at art shows, charity auctions, and various arts and craft markets.

Clearly, Christy is an inspiration for us all and a chance encounter with her could possibly change your life. 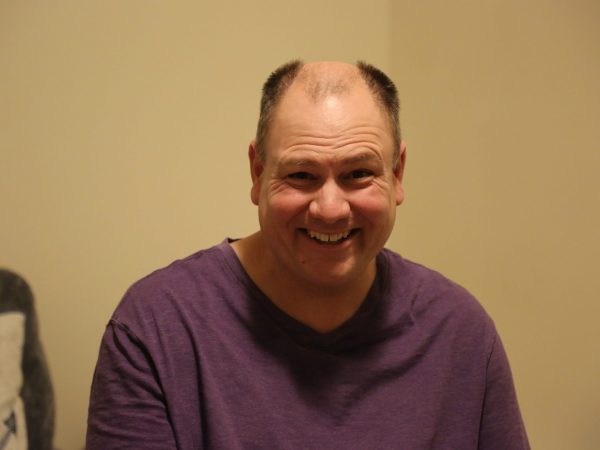